The Ford Motor Company is expanding the placement of the Sync 3 infotainment system into all 2017 models. Back in 2007, Ford made history by becoming the first U.S. automotive maker with a technology system in place that integrates with the driver’s mobile phone into the dashboard when they teamed up with Microsoft. Your friends at Ford continue to make history by being one of the first automakers to place a uniform technology system in all models.

But starting in Fall, all brand new 2017 Ford vehicles will have the infotainment system. Every single car, SUV, EV, and light truck in the entire Ford line up will possess this feature, so no longer will customer have to fret about whether or not their new Ford will have a Sync 3. All vehicles will now be compatible with Apple CarPlay and Android Auto through their Sync 3 system. 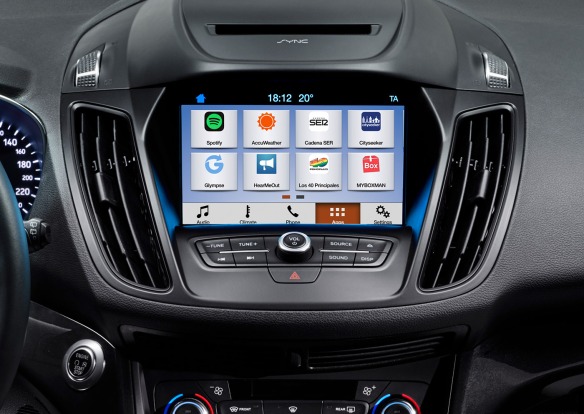 The Ford Sync 3 was a massive improvement when it comes to infotainment systems. Ford responded to critics by creating a vastly better system than the one present in previous models. This version of the infotainment system in more usable and more convenient than ever. With a new look that is far from rudimental, the Sync 3 is everything you want out of your dashboard technology. The simplicity and speed of the system are two of the most attractive aspects of the Sync 3 system.

Ford recently released the Sync 3 AppLink Emulator in an effort to ease the cost of making apps for the Sync platform. The developer simply needs a smartphone and a computer with emulator software. Ford stated the company has over 15,000 registered AppLink developers and almost 100 AppLink apps across the world. Ford continues to pave the way in the automotive industry and Waldorf Ford is ecstatic to be along for the ride.

Like Loading...
Trailing only the F-Series and the Fusion, the Escape is one of the top Ford sellers, so come to Waldorf Ford and find out why. The Ford Escape has always been a crossover that customers can rely on, and Waldorf Ford has the Escapes in the Washington area that you need. The 2017 model continues the great tradition of the Escape and adds updated features that are perfect for the modern driver. Waldorf Ford has one of the best selections of 2017 Escapes in the Washington area, all at a price that you can afford.
The new look of the 2017 Ford Escapes lifts styling cues from the Ford Edge, including the visually enhanced grille. That new front fascia serves to cut down on the clutter that was present on the previous model’s front. What seems like a small change actually does wonders for the look and feel of the 2017 Escape, making it simultaneously more luxurious and more sleek. The more upscale cabin accommodates five passengers with a lavish interior. 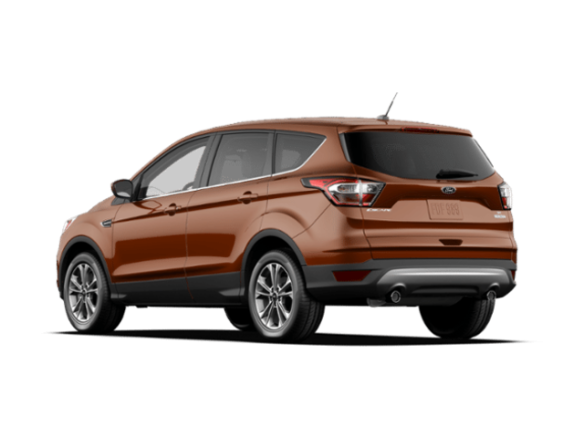 The 2017 Escape allows the driver the use of Ford’s newest infotainment software, SYNC 3. SYNC Connect comes with a free, five-year subscription, letting owners remotely start, lock and unlock, check diagnostics, and track vehicle location from a connected smartphone. This Escape is also the very first Ford vehicle to feature both Apple CarPlay and Android Auto capability. So if you’re technologically inclined, then Waldorf Ford is the place to shop for your 2017 Escape in the Washington area.

In the 2017 Ford Escape, you’ll find the perfect blend of power and safety, a balance that is great for any family. 1,500 pounds for the 2.5-liter, 2,000 pounds for the 1.5L turbo and 3,500 pounds for the 2.0L turbo, any option you choose to go with has the towing capacity you need when it is properly equipped. Blind spot information system, hill-start assist, auto high-beam control, the foot-operated rear tailgate, adaptive cruise control, enhanced active park assist, lane-keeping system, and the driver alert system all serve to keep those inside the new 2017 Escape safe. You can sleep soundly at night knowing your family is safe inside the 2017 Escape. 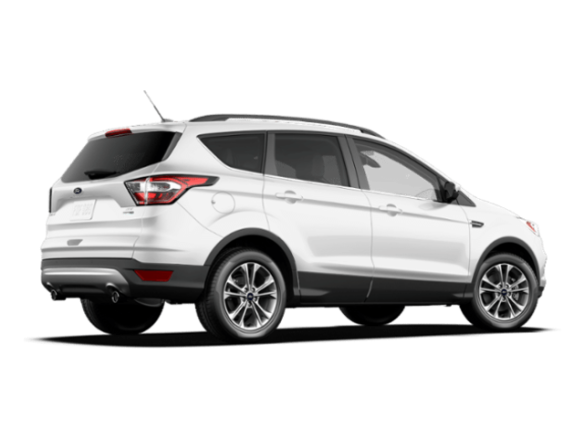 Treat yourself to a new 2017 Ford Escape! Waldorf Ford has brought you the best prices on new and used vehicles in the D.C. area for years and this year is no different! If you are looking for a car, truck, or SUV in the Washington area, then there is no better place to do your shopping than Waldorf Ford.

With two new powertrains, the 2017 Ford Escape has a whole new look under the hood as well. The Escape SE and Escape Titanium are equipped with a new 180-horsepower 1.5-liter EcoBoost four-cylinder. You can also order them with an optional 2.0L twin-scroll turbocharged EcoBoost four-cylinder that grants the Escape 245 horsepower. These engine options come with a six-speed automatic transmission and paddle-shifters in the SE and Titanium models.