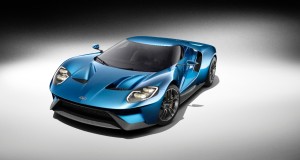 Yeah that’s right, Ford is gunning for European super cars in 2016 with its third fabrication of its 1966 24 Hours of Le Mans victor, the GT. The Blue Oval hyper-car stole the spotlight at this years’ North American International Auto Show (NAIAS) this weekend putting many rumors to rest. If you’re looking for a supercharged V-8, you’re not going to find it here. That’s right, the engineers at Ford have replaced the previous eight-cylinder engine found in the 2005-06 GT with a super-freak 3.5 liter twin-turbocharged V-6! Producing 600 HP  in the mid-mounted engine, and launching 0-60 MPH in 3.0 seconds Fords’ GT is a competitive stock in the 2016 24 Hours of Le Mans race. 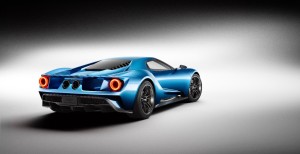 Spectators at the NAIAS we’re in love at first sight when they met the new GT this week because of its exotic breathtaking body design. Ford embraced its revolutionary aluminum infrastructure with super-car carbon fiber technology in the framework to give the GT a striking power to weight ratio. Built to win, the Ford’s super-car is equipped with racing style torsion bar push rod setup suspension with adjustable ride height. Like its competitor the McLaren P1, the GT is designed with active aerodynamics such as a rear spoiler whose height and angle calibrate to the cars momentum. Driven by a seven speed dual clutch transaxle transmission the 20 inch wheels surrounded by Michelin Pilot Super Sport Cup 2 tires we’re specifically designed for Fords‘ GT. And what’s going to bring this raging asphalt shredding monster to a halt? Ford’s performance engineered carbon ceramic breaks intended for hyperactive competition. 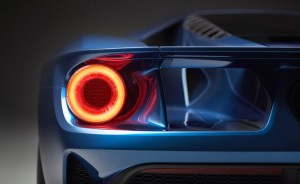 Enter inside the cockpit of this sleek and sexy hyper-car and you’ll be turned on immediately. Set up like a F1 car, the seat is fixed with steering and pedals adjustable to meet the pilots’ preferences. No clutter on the steering column, drivers will be able to emerge themselves into the world-class performance with Ford’s simplistic layout. A few electronic buttons linked to the latest SYNC technology and sport-car paddle shifters is all you’ll find. Not mimicking the older model too much, the interior was digitally remastered for a more futuristic driving experience. I can’t assure you the delivery date, but I can assure you that this carbon fiber machine won’t be cheap. It’s predecessor hit dealers with a $140,000 sticker in late 2004 for the 2005 model year, so we’ll anxiously await from the manufacturer on details about pricing and delivery for the new GT. 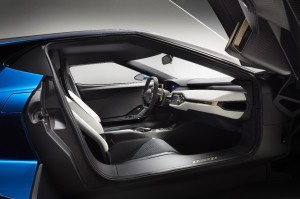